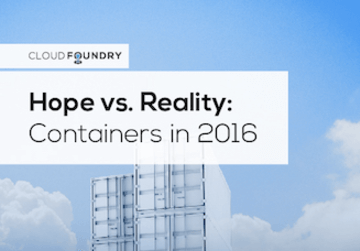 Hope Versus Reality: Containers In 2016

Today we released the broadest and deepest report to date on containers. The report, part of the Cloud Foundry Foundation’s Global Perception Study, was conducted in the first quarter of 2016 and included an extraordinary 711 respondents across seven geographies (US, Canada, United Kingdom, Germany, China, Japan, South Korea) in five languages (English, German, Chinese, Japanese, Korean).

Given the breadth of the users included in this survey, the results provided insights into the current state of containers in organizations around the world today. It was fascinating, to me, to see that the majority of companies (53%) had either deployed or were evaluating containers. While it was not a shock to see that only 16% were using containers in production, I was surprised to see that 64% expect to mainstream the use of containers with the next 12 months.

Containers are not a new technology. However, how they are being used and adopted in organizations is changing. Based on the details exposed in this report, there is a shift in using containers as a means of increasing density in existing infrastructure (getting more out of what you have), to using them to increase the velocity of application development as well as the scalability of applications.

This report summarizes the data discovered into 3 key findings—showing trends in containers including how they are being used, key benefits and challenges, as well as what products and services are being used alongside containers. This report seems to signal that this is just the beginning of a technological shift in enterprise organizations.

Finding 1: Containers are a key enabler as organizations adopt continuous delivery as part of their digital transformation.

This research really highlights how containers are being used as a stepping stone towards continuous delivery practices in organizations. Most of the respondents are using containers as “application development environments,” with many of the remaining users looking for containers to provide a “versioned runtime environment”. And when asked about the benefits that containers provide, organizations identified capabilities like “easy version control” (37%) and a “consistent environment from development to production” (36%), reinforcing the the continuous delivery focus.

While containers alone are not going to give you continuous delivery, they can provide a consistent foundation to build upon. 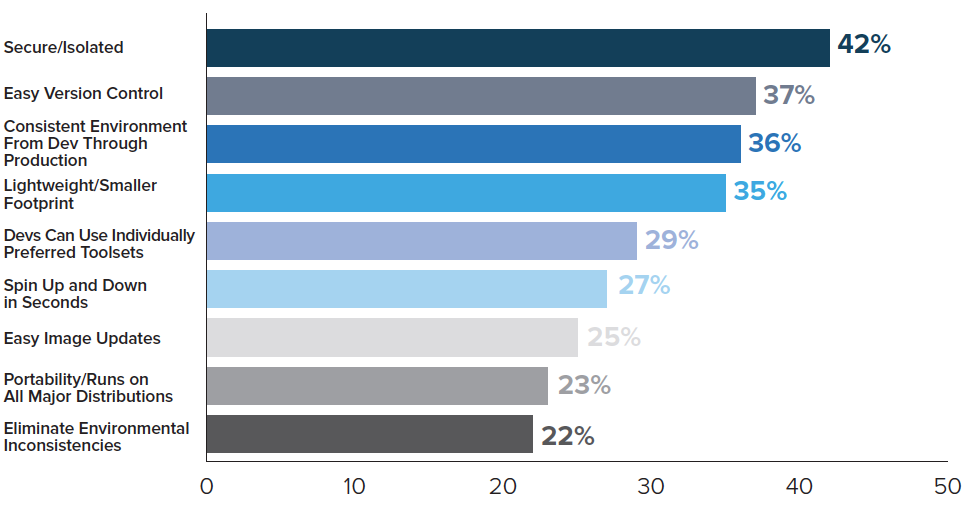 The report really illustrated to me that as container adoption increases in an organization new sets of challenges are exposed. Container management is considered the key challenge for an organization running containers. So, how is this handled today?  Most organizations in this survey said they need a platform to manage their containers. This is particularly true for those that have moved beyond the evaluation stage.

Containers alone are not enough.

Users and Evaluators alike agree that containers increase complexity, with the vasty majority of Users saying that “containers can be a challenge to get to scale” and that “except in simple use cases containers are complicated.” In fact, most Users say that “managing containers without a PaaS/cloud application platform would be a challenge” for them.

The most interesting aspect of the report, to me, was the responses on how containers were currently being managed. The majority of respondents (45%) rely on a provider-managed or self-managed platform to run their containers. Only a minority (15%) are using self-managed orchestration tools. I really expected a larger percentage of users, and particularly evaluators, to be using a combination of DIY and orchestration tools.

This result reinforces the prior finding – managing containers at scale is hard. In fact, for those not using a platform (yet), key worries mentioned include containers are “too complex to integrate into our environment,” in addition to containers requiring “too many skilled staff to manage” and “too much time/effort to manage.”

The report provides valuable details on the state of containers in organizations today. From my viewpoint, containers play a role in the larger digital transformation story for many organizations. As always is the case with technology though, the role of containers and platforms will continue to evolve alongside the users.

To read more about this research download the report today! 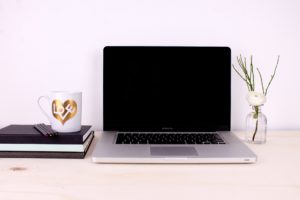