Translator’s note: This is the 6th article of the series “Cloud Foundry 100-day Challenge selection”. “#018” in the title means that it is 18th (published on June 29, 2015) in the original Japanese series.

The 18th topic of “Cloud Foundry 100-Day Challenge” is Node-RED.

Node-RED is a tool that is fit for today’s digitized society, developed at the IBM Hursley lab in the United Kingdom. It was released in 2014, and is open-source. In recent years, IFTTT has been gaining popularity; it takes in data from various sources, processes the data, and outputs a different form of data. Similarly, Node-RED is a tool that obtains data from various sources, and processes them. One could call it an engineer’s version of IFTTT. These days, in a world where various devices connect to each other, it is becoming increasingly important to be IoT-ready, or to bind services together utilizing APIs. Node-RED allows us to create such applications instinctively, through a GUI.

Today, we would like to present how to deploy Node-RED on a Cloud Foundry-based PaaS and use it, and also give you a simple explanation on how Node-RED works.

Here, we will use the Cloud Foundry Community version. We will retrieve the source with git clone. 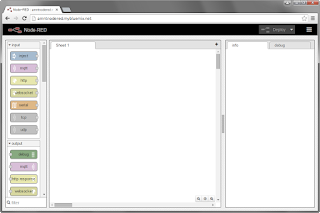 A simple explanation of Node-RED

The Node-RED editor will open up when you open the application URL. You will find a palette on the left,
where there are various parts called nodes, which are used to input, process, and output data. A developpers can add their own nodes to the pallet. Found in the center is the flow editor, which plays a central role in the development process. Nodes shall be chosen from the palette on the left, and placed in. 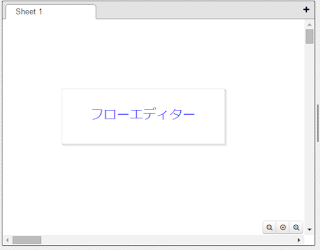 On the right are the description of a selected node, as well as the debug console. For example, it gives an explanation on how emails can be sent through the “email” node. 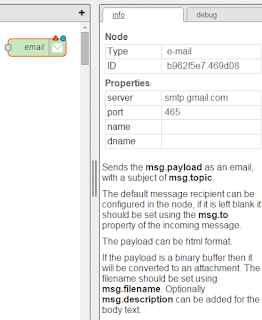 Here, let’s take a look how some of them work.

First, create a flow that monitors Twitter messages. Take the social/twitter node and output/debug node from the palette on the left, place them on the sheet in the flow editor, and connect them with a line. 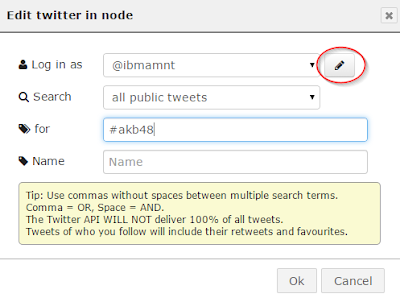 Then click the DEPLOY button on the upper right.

In a moment, you should be seeing messages related to the specified hashtag. 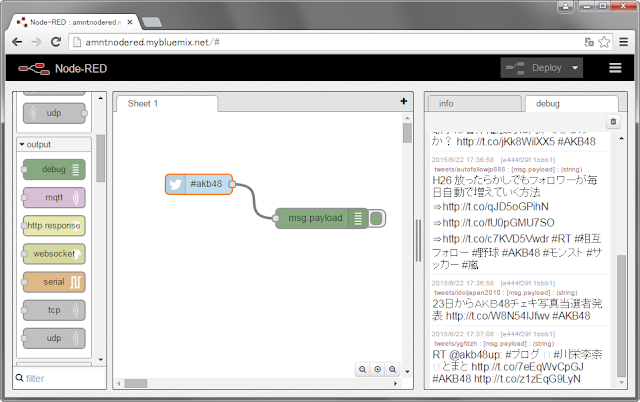 Debug outputs to the console is too simple, so let’s try to email Twitter messages. Delete the debug node, and replace it with an e-mail node.

Enter appropriate account information to the e-mail node. Here, I have employed Google’s email service. It should be noted that the security settings seems need to be relatively lenient, as we are accessing as an application. Cases have been observed where the password is not accepted, so I had to try a simpler temporary password here. Moments later, I started receiving emails.

3. Creating a flow that overlays recent earthquakes on Google Maps

Node-RED has a community, http://flows.nodered.org/, where you will be able to find various flows and parts. From this community, let’s try out “gmaps experiment + earthquake experiment”.

First, delete the Twitter flow (select all with control+A, and delete with the DELETE key). Then copy the flow “gmaps experiment + earthquake experiment” from URL: http://flows.nodered.org/flow/52ed7bb0d7b349472dee , and select IMPORT->Clipboard from the menu on the top right. 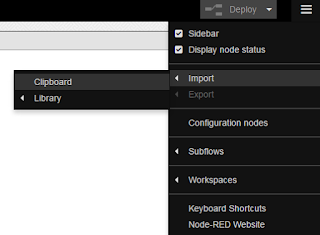 When you paste, you will be able to operate the flow. 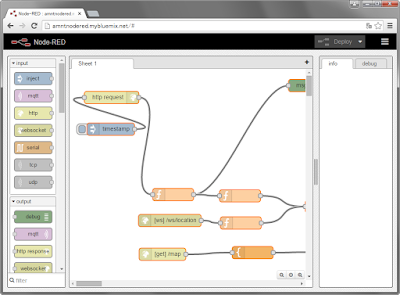 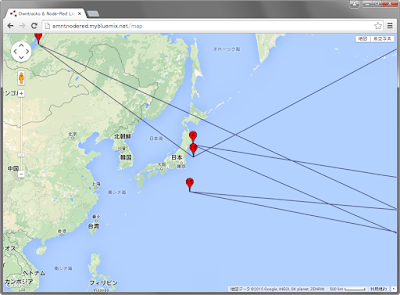 4. Other Information and Important Notice

A number of nodes other than the default are provided through the https://github.com/node-red account.

It may be interesting to create, with Node-RED, a flow that allow a user to send an email from their smartphone and simultaneously add related items to their calendar.

The content of the Node-RED flow editor described today is written into the application’s local file system, so it will be erased when the application container is rebooted due to a definitive shutdown of the application or a maintenance of the Cloud Foundry infrastructure, etc. Please make sure to obtain a backup of important flows with the Export function. If you have completed flows, export them to flows.json file, and you can pass the file as a parameter of the application’s start-up command in order to have the flows read in when the container is rebooted. Plrease refer to the document for further details.

There is somewhat of a Node-RED buzz in people around me. Node-RED is originally designed for Internet of Things, so I had created, for pleasure, a system that uploads images from a camera connected to Raspberry Pi, and issues a warning when a person is identified. Some others have developed systems that process information from their iPhones. As Node-RED also works well when prototyping a WEB system, there seems some people using it at hackathons. This is a tool with a lot of potential and possibilities, so please give it a try. 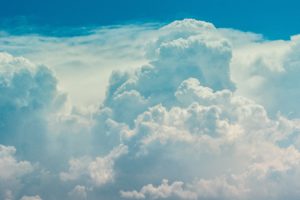 Top Five Tips for DevOps in the Cloud