It is no fun to write complex open source that no one can deploy on Day 1 — nor continue to live with on Day 2. BOSH has been helping solve this for five years!

Five years ago, the incredible lifecycle orchestration platform called BOSH was open sourced by VMWare. It changed the game for owning and operating complex systems and is unparallelled even in 2017. Five years later — more feature-rich and easier to use — it is the preferred packaging and deployment system for Cloud Foundry, Kubo (Kubernetes distribution), VMware Network, Concourse CI, Dingo PostgreSQL (PostgreSQL as a service), Logsearch (Logstash distribution), and others.

I was at VMWare on April 11, 2012, when BOSH was first open sourced, and it makes me very happy to be still successfully running our own systems and our customers’ systems with BOSH five years later. In this article, I want to share a reminder of what 2012 was like, why BOSH came into existence, and how much it has improved over the last five years.

Wind the clock back to April 2011, six years ago. The king of proprietary virtualization, VMWare, revealed a brand new platform for web developers to deploy applications called Cloud Foundry, and they open sourced it to boot. It was a complex system — bespoke Ruby and Java applications and OSS databases. To deploy this system you used the state of the art at the time: Chef recipes.

Anyone who successfully deployed Cloud Foundry discovered that the “how to deploy” phase was only the gateway into a lifetime of “Day 2” problems:

To solve these Day 2 problems, BOSH took ownership of a vast slice of the problem space. Other solutions had/have only tackled smaller slices. Terraform can provision persistent disk volumes, but cannot mount/remount within host machines and cannot perform a resizing function. Docker can package software into a concrete version, but could not manage the lifecycle of host machines (recently infrakit has been proposed to help with this). Chef, Puppet, Ansible solve configuration management but not packaging; and package management tools do the reverse.

Instead of keeping BOSH to themselves, VMWare’s Cloud Foundry team announced that BOSH was now open source on April 11, 2012, five years ago.

Five years ago, I was looking for a holistic solution to all the problems above, so I grabbed BOSH with both hands. During the same five years, the DevOps industry has been the beneficiary of incredible sets of tools, solutions and new communities: Chef Habitat, Docker, Hashicorp, Kubernetes, Mesos, and more. We’ve had the rise and … continued existence of OpenStack. Azure and Google Cloud Platform are common preferred cloud infrastructures for many large companies. Amazon AWS has grown in size and grown in its offerings. It is an incredible time to be a productive systems/platform operator — to be “doing DevOps.”

Five years later, I observe that there is still no competing solution to Day 1 and Day 2 problems of running systems. Nearly all Cloud Foundry deployments rely on BOSH. Kubernetes distribution Kubo relies on BOSH. Stark & Wayne’s own PostgreSQL-as-a-service Dingo PostgreSQL relies on BOSH. It’s a consistent platform for dev/test of complex systems and for sharing those systems with the confidence that people will be able to run them.

It is no fun to write complex open source that no one can deploy on Day 1 nor can continue to live with on Day 2 onwards.

BOSH in 2017 is wonderfully more simple to operate than in 2012. And yet so many changes over the last five years have made it even better for running large complex production systems.

To recap my favorite improvements from the last five years:

The last five years of hardening, innovation and user experience niceties would never have been possible without huge R&D investments by VMware, IBM and many other companies within the Cloud Foundry Foundation.

As a consultancy firm, Stark & Wayne is also thankful to all our clients who’ve willingly and enthusiastically allowed us to open source tools and to upstream patches to core BOSH & Cloud Foundry. We live within a wonderful community of contributors and corporate users.

BOSH has over 1000 members of the #bosh Slack channel (https://slack.cloudfoundry.org). You’ll find all the help you need from the community, the core team members, and our stoic leader: Dmitriy Kalinin. For years Dmitriy has been guiding BOSH into its current great shape. What a champion.

Our profession of building, deploying, nurturing and securing production systems is only getting more exciting and productive. BOSH is the power tool you should definitely add to your team!

Dr Nic Williams is one of the foremost open source developers and evangelists in the Cloud Foundry and BOSH ecosystems. Dr Nic discovered Cloud Foundry and BOSH in April 2011 and has been contributing to it, extensions, BOSH releases, tutorials, and blog posts ever since. Dr Nic is also the founder and CEO of Stark & Wayne - the premier consultancy for Cloud Foundry operations and development - with over 30 staff in USA, Canada, Europe, and Australia. We love that Cloud Foundry makes people happy.
SEE ALL ARTICLES 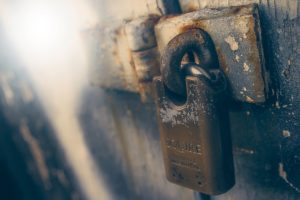