If you aren’t registered for Cloud Foundry Summit Berlin yet, do so quickly. You do not want to miss being in the audience when Cornelia Davis, CTO, Transformation Practice, VMware, delivers her talk on “How Platform Operational Roles Enable Devops.” Here’s a quick peek at what to expect. 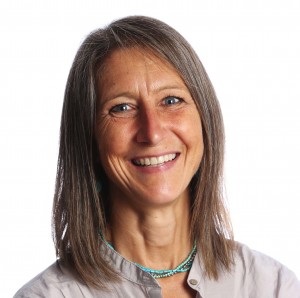 How did you get involved in Cloud Foundry?

About three years ago I was working in the corporate CTO office at EMC, doing architecture and emerging tech, and my boss, Tom Maguire, suggested I start looking into PaaS. He felt it would become significant. Cloud Foundry had already caught my attention so naturally I started there. As I began learning about Cloud Foundry I was also doing some things with the content management division of EMC, who were working on a next generation content platform. Looking at their system architecture, side by side with the Cloud Foundry architecture, showed significant overlap so I pitched to Jeroen VanRotterdam, the CTO of that division, that we experiment with Cloud Foundry together. Some of the first things that we did together was build a service broker for their XML database, XDB, and another for Cassandra.

When the VMware spin off happened and my group came over, I was initially working on a Gemfire-based project for telcos, but even there I was doing Cloud Foundry, building the first experimental BOSH release for Gemfire. By then I was head over heals in love with Cloud Foundry and in summer of 2013 joined the Cloud Foundry team. After leading the Platform Engineering team there, I’ve just recently moved over to be the CTO of the Transformation practice, where I am focused on helping customers leverage VMware Cloud Foundry in the context of broader-than-tech transformations.

What are you speaking about at Cloud Foundry Summit Berlin?

Operations. It’s funny, when I first started investigating Cloud Foundry I believed everything I read about PaaS, that it was all about the developer. But when I joined the Platform Engineering team and started spending all my time with customers I very quickly realized that Cloud Foundry was at least as much about operations as it was about developer productivity. I started learning about ops, and even spent a month on our Cloud Ops team, who manage our production public Cloud Foundry offering, run.pivotal.io.

Working with our customers I learned that in most cases there was or had been a pretty strict Dev and Ops divide, BUT that some were starting to look at “Devops.” In some cases they were experimenting with developers doing ops, in other cases they were developing automation for infrastructure and ops, and recently I actually had a customer talk to me about “OpsDev” where they have their ops folks, when idle, working on the dev backlog. Well, Cloud Foundry was absolutely designed FOR Devops – many of the features, and indeed the core principles of the platform are about streamlining the entire app lifecycle, from dev all the way through to production.

What do you hope people will learn from your talk?

In addition to clearly seeing this distinction between platform ops and app ops, the main thing that people will get from the talk is that Cloud Foundry enables these functions to be spread out over two distinct roles and the benefits this affords.

What excites you about being part of the Cloud Foundry ecosystem?

Certainly, being part of a community as vibrant as that of Cloud Foundry is exhilarating! There is so much innovation happening across a wide range of organizations; many minds with many perspectives inventing great stuff! But even more than that is that Cloud Foundry is truly a revolutionary system. It is a cloud platform that provides a fundamentally different set of abstractions that what systems have projected for the last several decades and that is enabling new ways of working. And those can actually change people’s lives.

In the News: Cloud Native, HP + ActiveState and BOSH