SAN FRANCISCO, January 21, 2016 – Cloud Foundry Foundation, home of the industry-standard platform for cloud applications, today celebrated its first anniversary as the platform continues to gain rapid adoption in the market. With thousands of organizations using Cloud Foundry worldwide and more than $455 Million in shared development invested, Cloud Foundry enters 2016 as one of the industry’s fastest-growing and most adopted Cloud Application Platform.

“At Cloud Foundry, a collective of industry leaders has joined together to fundamentally change the way everyone does business,” said Cloud Foundry Foundation Chair John Roese, CTO, EMC Corp. “Looking back, we’ve accomplished something that no individual company could have ever done alone and it’s rewarding to see huge progress in our effort to liberate app developers with true cloud portability and agility.”

“Our first year as a Foundation was tremendous,” said Cloud Foundry CEO Sam Ramji, “We have research underway now that is validating the economics we’re seeing around this platform, and there is no doubt that the work that’s being done with Cloud Foundry is driving a new era of continuous business innovation. Our first year was monumental and we’re only getting started.” 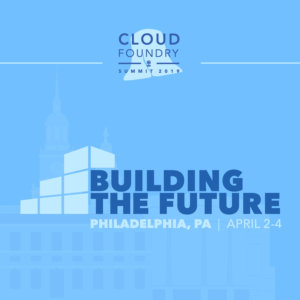