SEATTLE, Washington, December 11, 2018 — Business goals are not enough to compel companies to move to the cloud — rather, it is the maturity, flexibility and reliability of cloud technology that are driving companies to increase and expand their adoption, according to the latest report released today by the Cloud Foundry Foundation, home of a family of open source projects including Cloud Foundry Application Runtime, Cloud Foundry Container Runtime, and Cloud Foundry BOSH. The report was announced at KubeCon + CloudNativeCon North America 2018.

“As IT decision makers have experienced the impressive benefits of the cloud, they have broadened their adoption to more sophisticated technologies in the platform and application development layer of the stack, such as PaaS, containers and serverless,” said Abby Kearns, Executive Director, Cloud Foundry Foundation. “We’re seeing a virtuous cycle, as comfortability with one technology results in lightning-speed adoption of more advanced technologies. In a decade, we can expect serverless to be as commonplace as PaaS.”

A company’s shift to the cloud is often described as a “sudden leap,” rather than the reality of a gradual journey. Cloud Foundry Foundation’s research from the past three years — including its most recent report in July 2018, “Where PaaS, Containers and Serverless Stand in a Multi-Platform World,” — show that companies are gradually shifting to an IT strategy that not only commits to the cloud but continually adopts innovative technologies such as PaaS, containers, serverless and more.The next year will present new challenges as companies further attempt to shift their culture to match their increased use of agile development and continuous deployment.

Companies’ increasing prioritization of interoperability and integration supported the Cloud Foundry Foundation’s investment in its newest projects, Eirini and CF Containerization, which were announced at Cloud Foundry’s October 2018 European Summit in Basel. The projects further enable integration between Cloud Foundry and Kubernetes, meeting developers’ need for the simple, agile and flexible delivery of software packaged into containers. For a more detailed explanation of the different interoperable possibilities, watch the video.

To receive a copy of the report, go here. The survey was conducted and produced by ClearPath Strategies, a strategic consulting and research firm for the world’s leaders and progressive forces.

Cloud Foundry is an open source technology backed by the largest technology companies in the world, including Dell EMC, Google, IBM, Microsoft, VMware, SAP and SUSE, and is being used by leaders in manufacturing, telecommunications and financial services. Only Cloud Foundry delivers the velocity needed to continuously deliver apps at the speed of business. Cloud Foundry’s container-based architecture runs apps in any language on your choice of cloud — Amazon Web Services (AWS), Google Cloud Platform (GCP), IBM Cloud, Microsoft Azure, OpenStack, VMware vSphere, and more. With a robust services ecosystem and simple integration with existing technologies, Cloud Foundry is the modern standard for mission critical apps for global organizations. 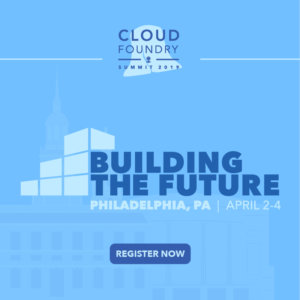