Cloud Native CI/CD Pipelines on Kubernetes With Tekton and Paketo

Kubernetes is the de facto infrastructure to which all modern application deployments are happening. Cloud Native technologies, which are closely tied in to Kubernetes, are replacing all traditional tools such as local dev, networking, monitoring, security, and everything else.

Join us on this live stream where we explore Cloud Native CI/CD pipelines. This is the central piece of the DevOps toolchain and helps developers deploy with speed, at scale, and complete accuracy. Learn how to make use of Tekton, the standard tool for cloud native pipeline development, along with Paketo Buildpacks which simplify the creation of containers greatly.

The presenters on this stream are Shedrack and Ram, both of whom belong to the Cloud Foundry Foundation. They’re Developer Advocates who focus on driving adoption of Cloud Native technologies — particularly CF PaaS and Paketo Buildpacks.

Joining them as a special guest is Kashyap Vedurmudi. He is a Product Manager at VMware Tanzu working on the Paketo Buildpacks project and VMware Tanzu Build Service.

Shedrack Akintayo is from Lagos, Nigeria, who has a love for community building, open source, creating content, and software for the next billion users.

Ram Iyengar is an engineer by practice and an educator at heart. He was (cf) pushed into technology evangelism along his journey as a developer and hasn’t looked back since!

Kashyap Vedurmudi is a Product Manager at VMware Tanzu working on the Paketo Buildpacks project and VMware Tanzu Build Service.

Looking for more ways to connect with Cloud Foundry Foundation?

Check out these resources: 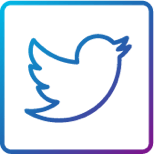 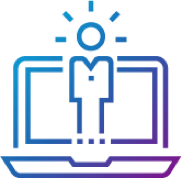