In a previous blog, we had described the availability of a Cloud Foundry BOSH stemcell and release binary for OpenPOWER systems (based on the IBM POWER microprocessor architecture). In this blog, we will describe the availability of a cf-release binary tarball (BOSH release for Cloud Foundry) for OpenPOWER. We will also describe steps to build cf-release from source and deploy it using BOSH to OpenStack on OpenPOWER systems. This cf-release can be used to build and test buildpacks for OpenPOWER. The buildpacks included in this release are not POWER specific. We will show an example of a simple buildpack for POWER that can be deployed on this release.

This cf-release binary tarball can be deployed using the same steps as described in the document: Deploying Cloud Foundry on OpenStack with only a few changes.

The following screenshots depict the output of the bosh deploy process. 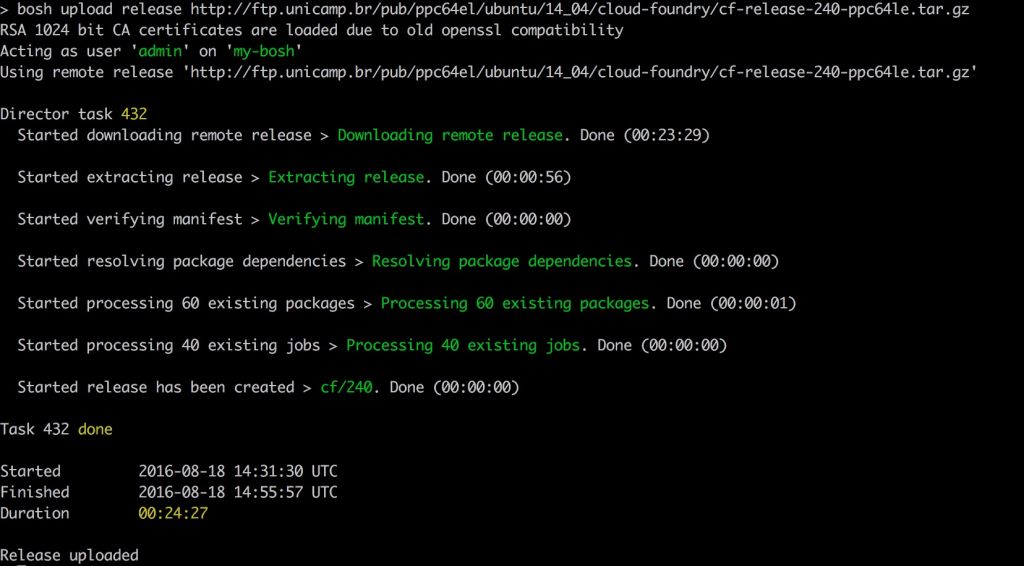 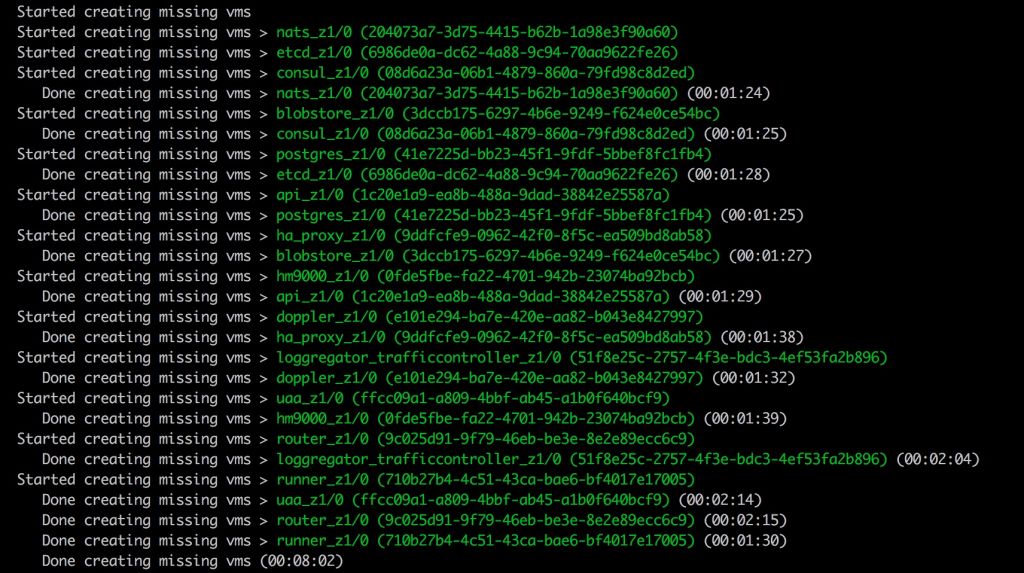 We are now working on creating Concourse pipelines to continuously build the latest versions of cf-release for OpenPOWER and buildpacks built for the POWER processor architecture. The following steps show how we verified our cf-release deployment.

First delete all the pre-configured buildpacks (which are for the x86-64 architecture), download the Cloud Foundry cli for OpenPOWER from here:

Build and upload a ppc64le buildpack, for example, we have described steps to create a IBM Node.js buildpack for OpenPOWER in this github project and  cf push a sample Node application: 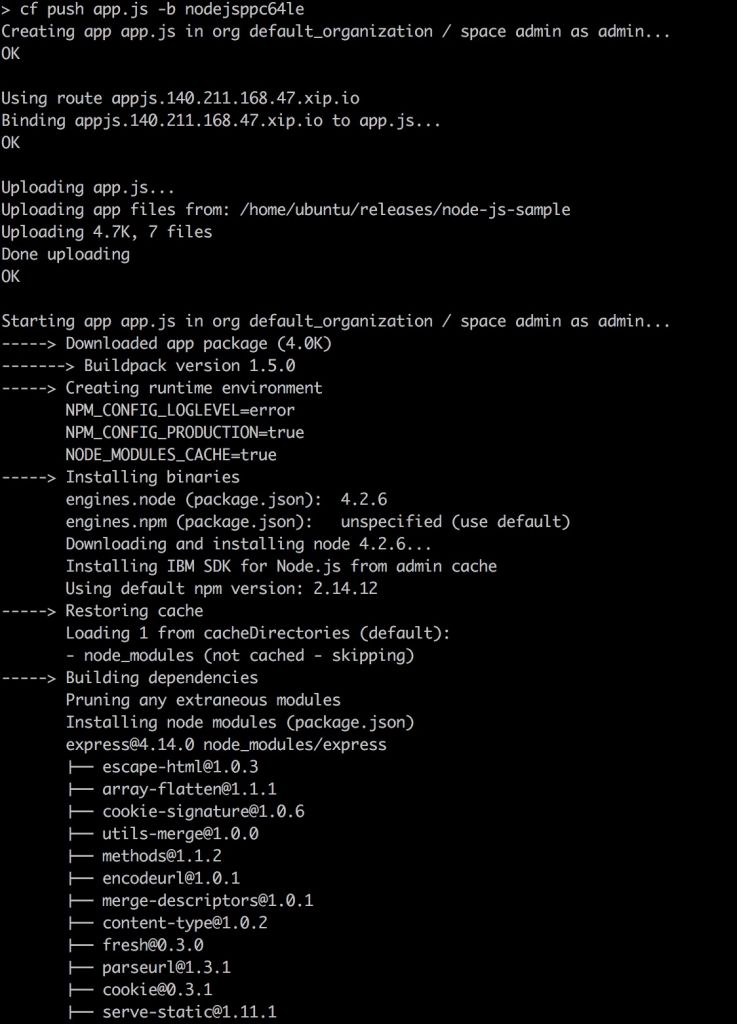 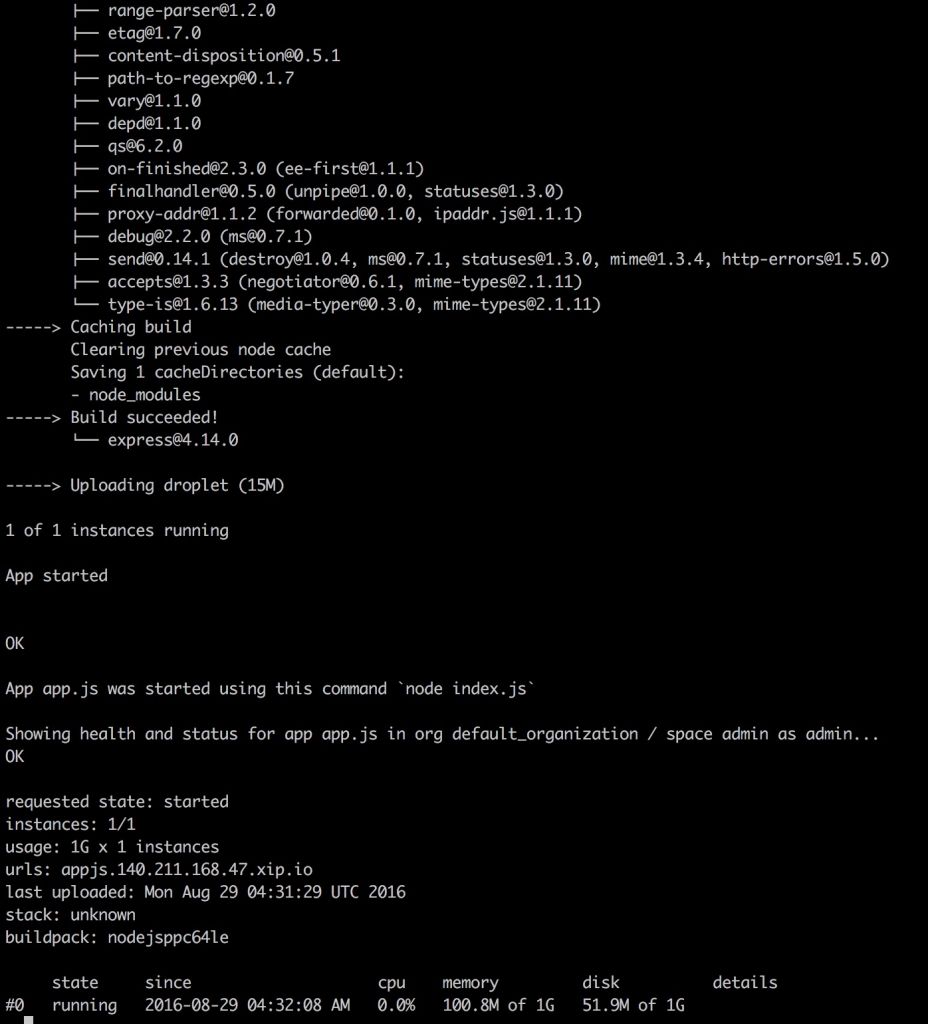 With contributions from Yulia Gaponenko, Konstantin Maximov and Indrajit Poddar from IBM

How Cloud Foundry Works When a New Application is Deployed