We’d like to share a feature developed by the OSS Routing team at Cloud Foundry called Context Path Routing that should simplify creation and management of multiple microservices. Although this was introduced late last year, we have just completed CLI support for it; so this is a good time to review it. More importantly, this should save time for most of you by streamlining your development and reducing the complexity associated with many applications.

Most Cloud Foundry developers know that if you push your app to Cloud Foundry and want to have data traffic reach that app and do something meaningful, you need to create and map a route to your app. The way you create a route is by adding a hostname to the domain. Here is an example:

This will create a route myapp.example.com which you would then map to your app. Let’s say you named your app as “my-app” as follows:

This is the problem that Context Path Routing addresses. In short, context path routing is routing based not only on domain names (host header) but also the path specified in the URL. Gorouter now can route requests to different apps based on path as well. So this will enable your microservices architecture to use the same top level domain (myapp.example.com) and have different apps providing support for different paths in the URL. Now that you can achieve context path based routing, you can independently scale up or down those portions of your app that are in high/low demand or are experiencing high/low traffic.

Here is an example of how to create and map route that has paths:
To create route with path:
cf create-route myspace example.com –hostname myapp –path foo

This will create a route myapp.example.com/foo and then you would map it to your app as follows:

Similarly you can create another route with same top level domain but different path and map it to different app:

We hope this feature will help you realize your microservices architecture more quickly and effectively with CloudFoundry. As always, we love feedback – please share your experiences in the comments! 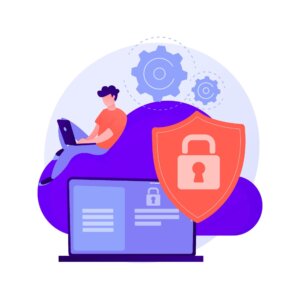 Cloud Foundry Diego Approaching 250,000 Containers in a Single Cluster, And What That Means For the Enterprise