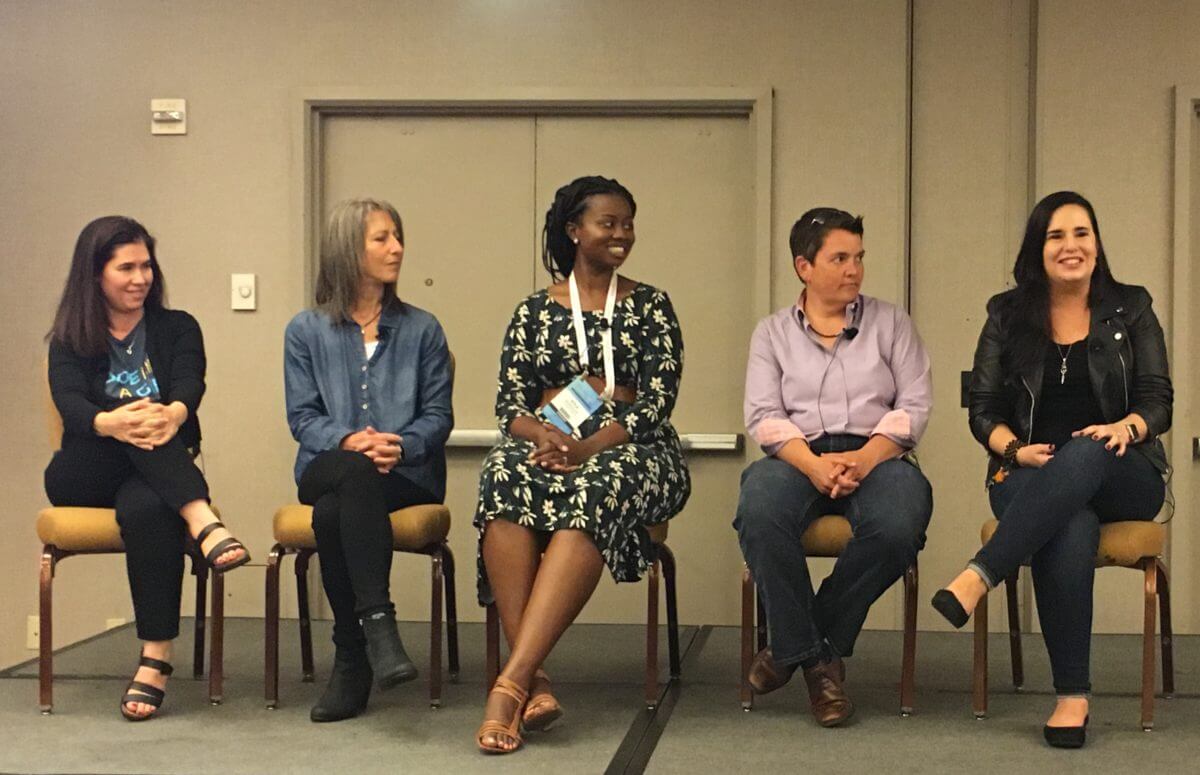 See You in Switzerland! Silicon Valley Edition Comes to a Close

Today was the final day of Cloud Foundry Summit Silicon Valley and momentum was rolling — thanks to our fantastic emcee Kim Bannerman (who we interviewed) and her infectious energy. 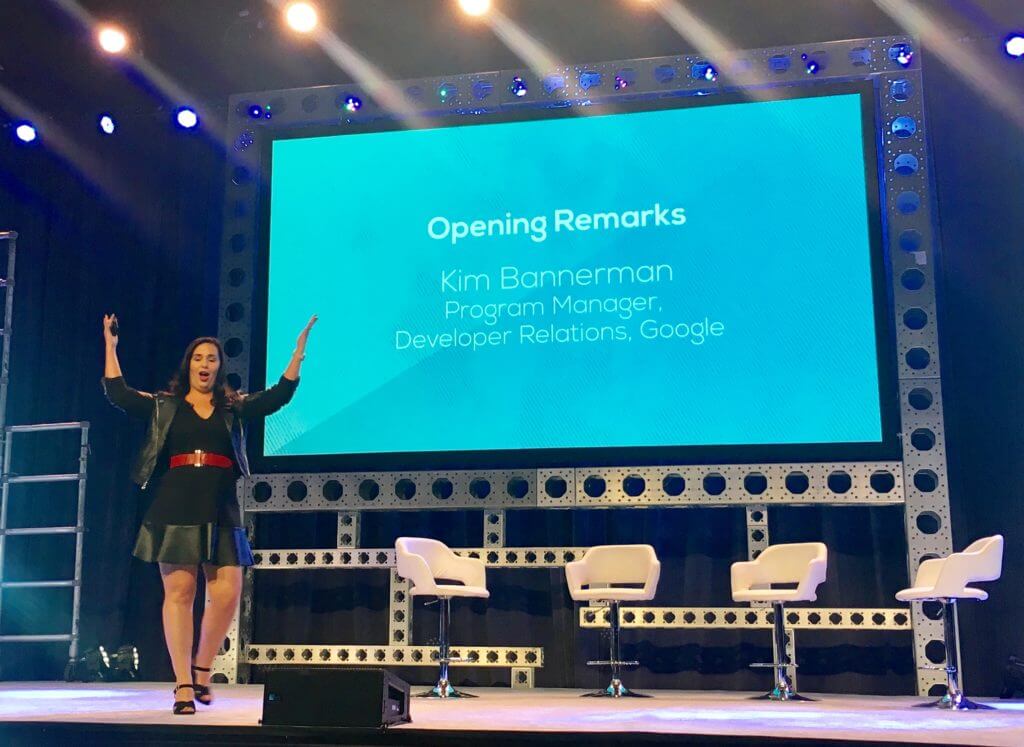 Kim introduced RedMonk’s principal analyst and co-founder Stephen O’Grady, who took us on a journey back to 1998 to demonstrate the incredible amount of choice and freedom developers have in 2017.

Next up, Jessica Criscione, Director of Technology Management at Ogilvy & Mather, demonstrated how Cloud Foundry has transformed the marketing giant’s ability to meet critical client demands by showcasing several projects built by her team. (Yes, we also interviewed her!)

Following her great user story was an in-depth look at a trifecta of stories from disparate users in the form of a panel led by IT Business Edge’s Mike Vizard. The panel looked at how low-code enables a broader range of users to build enterprise-grade applications, and how the combination of low-code and Cloud Foundry speeds each stage of the app lifecycle to enable continuous innovation, featuring stories from: 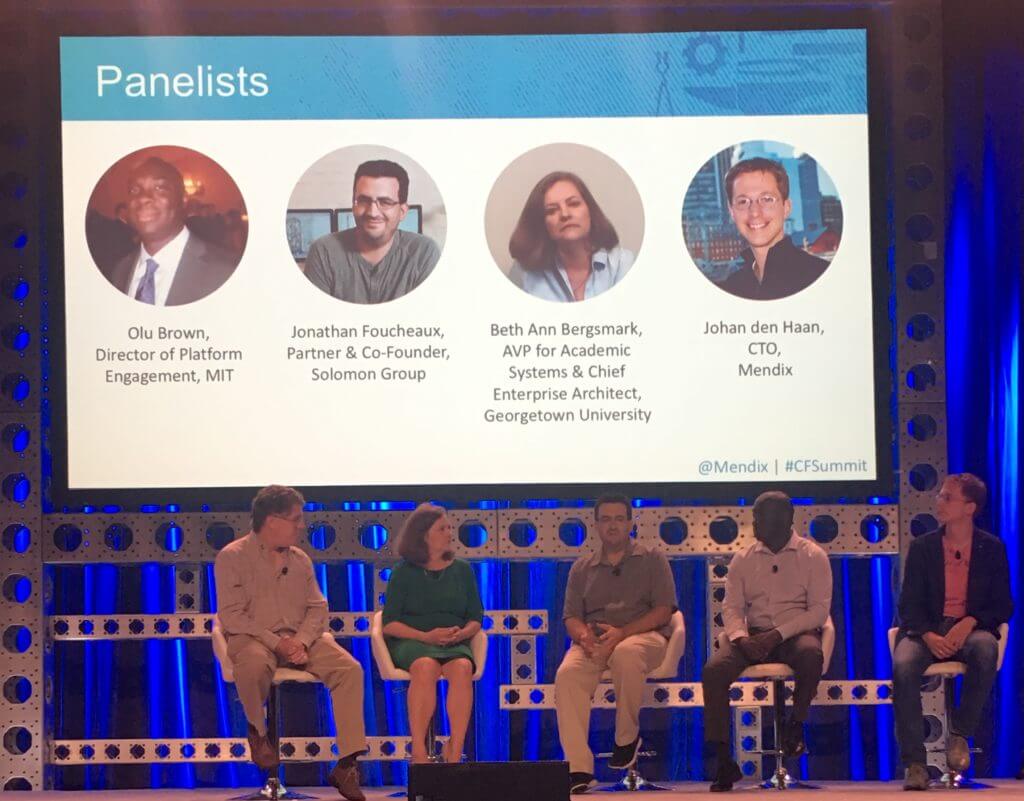 Closing out the Summit’s keynotes, Foundation Executive Director Abby Kearns took to the stage with John Roese, Global Chief Technology Officer at DellEMC & Chairman of the Board of Directors for the Cloud Foundry Foundation. The two engaged in a lively discussion about the need for a cloud-native paradigm and the future of the ecosystem.

Abby also announced the winners of the VMware-sponsored Hackathon, which was judged by Cloud Foundry Foundation’s Chris Clark, IBM’s Dr. Max and VMware’s Brad Meiseles. The winning team was Team Hot Topic, who worked to extend serverless capabilities to Cloud Foundry using autoscaling and “hot topics.” The winners were:

Finally, Abby presented her closing remarks, highlighting the expansion of the project, the commitment of the community and the growth of certified developers in her statements. 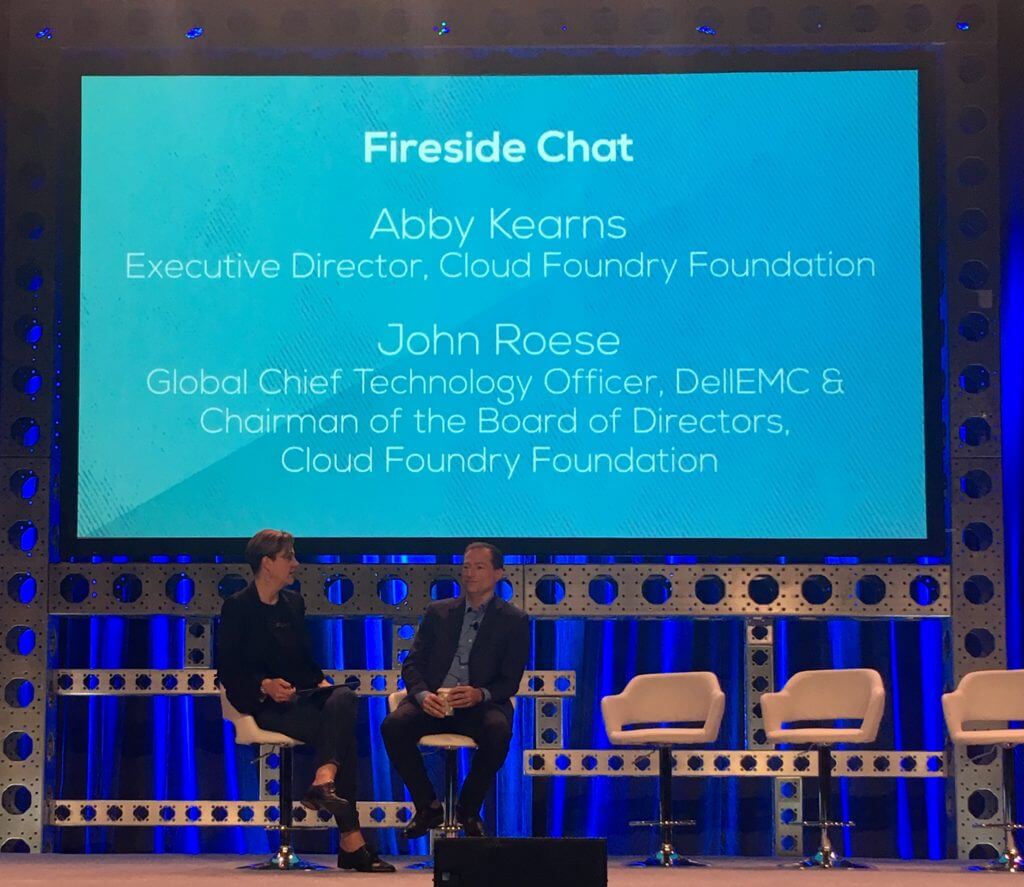 Following the morning keynotes, attendees dispersed to various breakout sessions for the remainder of the afternoon, taking time to network and relax in the sunshine by the Hyatt Pool.

The Diversity Luncheon was held in the early afternoon, featuring a presentation by Founder & CEO of the Women in Tech Retention Project and InContext Design, Karen Holtzblatt. Karen presented research showing women are twice as likely as men to leave the tech profession mid-career, and mapped out preventive methods for changing this alarming trend.

Following her presentation, Karen facilitated a panel discussion on diverse experiences in the tech and open source industries, featuring: 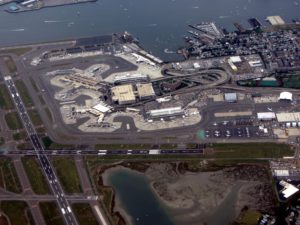