Cloud Foundry foundation member Altoros and IBM have worked together to port CF to POWER8. This blog includes some of their early experiences and a recorded demo. To support the POWER architecture in Cloud Foundry, we used OpenStack as the IaaS layer and Ubuntu 14.04 LTS as the Linux OS. We used Ansible scripts to automate deployment of both Cloud Foundry and OpenStack on POWER ( Altoros jumpbox scripts and Ursula). We had to make a few changes to the stemcell builder code in BOSH to create a custom stemcell for POWER. We introduced a new CF stack (a file system image) for CF warden containers on POWER. We created buildpacks (e.g. Node.js) manually after compiling the respective executable from source (see example Node.js buildpack for POWER). It is also possible to run Docker containers on POWER.  Golang 1.6 now supports the POWER architecture (ppc64le). IBM’ers Yulia Gaponenko (CF DOJO participant), Peter Kalambet and Alexey Miroshkin (CF DOJO) are actively contributing to BOSH development. We are currently upstreaming POWER specific code changes to the community github.com repos and bringing up a Concourse continuous integration service at the Open Source Lab at Oregon State University. We will run bosh pipelines in this service for continuously testing code changes. All issues are tracked in this tracker.

POWER is a RISC (Reduced Instruction Set Computing) microprocessor architecture traditionally used in scale-up servers and now used in scale-out deployment servers from IBM (S812LC and S822LC)) and several OpenPOWER Foundation partners (e.g. Tyan). By opening up the POWER8 architecture, IBM has provided OpenPOWER Foundation members with new and innovative ways to accelerate processing while simultaneously delivering cost-optimized systems for scale out and hyperscale clouds (e.g. Rackspace Barreleye and Edico Genome Dragen). Cloud Foundry adopters can now combine agile PaaS capabilities with hardware innovations to run data and analytics workloads 2x faster on average than the Intel Platform.  If you are interested in joining the OpenPOWER foundation, be an early adopter or would like to contribute to Cloud Foundry on POWER, please feel free to contact us. 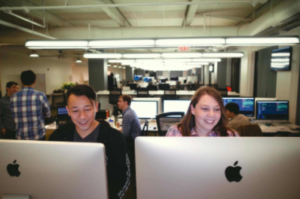