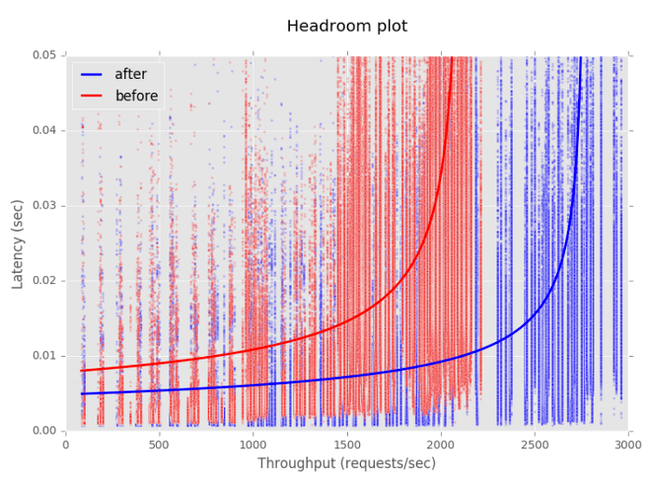 This blog post is a sequel to an earlier post documenting our (the CF Routing team) journey to benchmark routing performance in Cloud Foundry. In this post, we will cover the highlights of our efforts to improve the performance of Gorouter, the L7 HTTP router for CF. Throughout this process, we learned a lot about performance testing and design patterns for improved performance. Overall, we succeeded in improving Gorouter’s throughput by 3x in certain conditions, but not all investigations were fruitful.

We used headroom plots to understand the current state of performance and to measure potential improvements. We had the opportunity to speak with Adrian Cockroft and learn about his headroom plot tooling for visualizing performance. In order to collect the right data, we created throughputramp, which is load generating software where the concurrency of requests is gradually increased while Gorouter response time data is collected. Very quickly, we realized that we wanted to be able to infer more results from the data, including the ability to  visualize multiple runs, as well as seeing CPU information.

With inspiration from the original headroom plot, we decided to use python and Jupyter Notebook tooling to create reports that display graphs comparing two sets of data from running throughputramp on Gorouter. With this interactive notebook, visualizing performance gains and losses became much easier to prove and discern. One of these reports is attached to the release notes for Routing Release 0.144.0 which show the improvements that are discussed in this blog post.

Referring to different resources/blog posts, we effectively understood the results of pprof and focused our efforts on reducing CPU load and improving garbage collection (GC) time.

These were the pprof results of Gorouter at the time of our exploration:

Looking at our pprof results, we noticed processes related to garbage collection like `runtime.scanobject`, `runtime.futex`, and `runtime.mallocgc` were highest CPU consuming  processes over the period of sampling during our performance test and continuously appeared on the top. The fact that `runtime.scanobject` consistently came up as the top node in our pprof profile implies that there are too many allocations are being marked for scanning in our source code.  We recommend reading this blog post for more information on how to profile Golang programs. We tried to tackle memory allocation problem by using patterns mentioned in blog post but these efforts did not yield any fruitful results. We have decided to revisit this again later because the tooling we have since developed enables us to see improvements in CPU utilization that we couldn’t before.

We also explored several areas where Gorouter consume excessive memory, including processing of route registration messages from NATS and emitting HTTPStartStop events to Dropsonde. To optimize memory consumption, we tested a memory pool approach to cache preallocated objects but did not see significant performance improvements. We speculate the lack of improvement was because the change does not affect the critical path of the request. Another possible reason is that these memory optimization experiments were not implemented simultaneously to see the expected impact.

We explored the complexity and viability of implementing a reverse proxy API using fasthttp, as the library does not include an implementation, and were concerned that adopting this library would mean reinventing what Golang provides for free. We also identified several feature gaps, such as the lack of support for HTTP server sent events and HTTP trailers, that would require additional development to reach parity. We concluded that we would have to fork the library to implement these features ourselves; maintaining a long-lived fork was not acceptable.

However, we still had the question, what makes fasthttp faster? After some digging, we recognized the pattern of using a pool of preallocated buffers and objects being used on the request hot path. We plan to apply this pattern to Gorouter soon and are considering applying other patterns inspired by this investigation in future refactors.

By design Gorouter does not emit any `info` level logs in the request’s critical path, but there are some periodic background tasks such as route pruning and deregistration for which log messages are written. We discovered that the logging library we were using created superfluous logging objects which triggers garbage collection more often than necessary. Garbage collection has a direct impact on CPU usage. To minimize the impact of logging on CPU, we wanted a library that was both more concurrent and memory efficient. After evaluating various logging libraries, the one that best suited our goals was uber-go/zap.

We noticed that zap uses patterns similar to those identified in fasthttp; using a pool of preallocated objects improves performance. The cost for switching to zap was very low and garnered a modest increase in throughput. Currently this library is only used for the Gorouter log and is not used for the access log, nor used by any other component of Routing Release.

The headroom plot below shows the performance improvement from switching to uber-go/zap for logging: 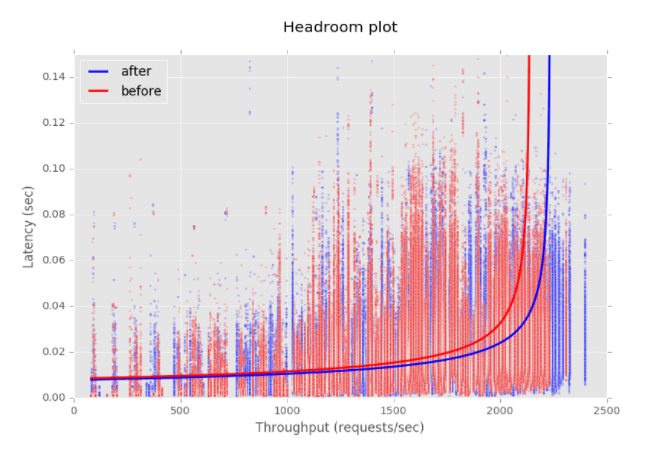 Initially we’re enabling operators to enable or disable this feature, as well as configure the maximum number of idle connections held open across all backends at any given time. As the file descriptor limit for each Gorouter process is 100,000, each connection requires two file descriptors, and to account for file descriptors used for functions other than routing, we recommend this property be set no higher than 49,000. We don’t believe there’s anything to be saved by setting the value lower, so are considering replacing the configurable value with a boolean switch. We’ve hard coded the maximum idle connections to any one backend to 100.

By reusing persistent connections, eliminating the overhead of closing and reopening TCP connections, we’ve seen substantial performance improvements, as demonstrated by the headroom plot below.

Use of Buffer Pools for Writing Responses

The headroom plot below shows performance improvements from reuse of buffers: 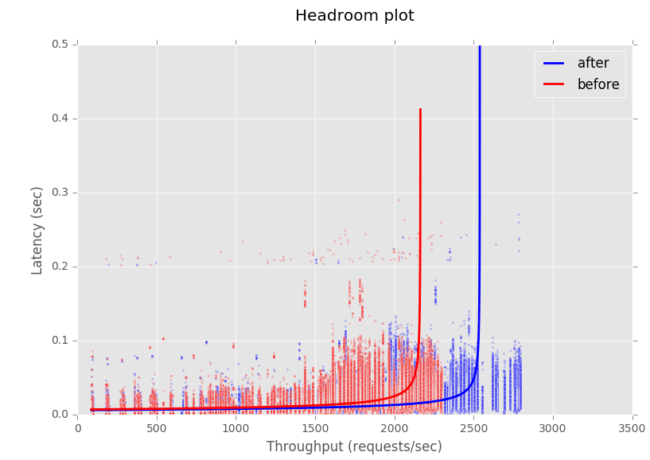 We upgraded Golang to version 1.7 from 1.6 in order to stay on supported versions of Golang. The upgrade was expected to be a performance improvement, but we noticed a latency regression at the 99th percentile. Further investigation showed that upgrading Golang generally reduced variation of throughput and latency, but at the 99.5th percentile and higher, latency had increased. After poring over the numbers, we concluded that the upgrade is an improvement by most metrics and that the team happened to find a small percentile that degraded. See this report for deeper analysis.
Another area we looked to improve was our metrics. Currently we use the Dropsonde library to emit metrics on every request. Since these metrics are on the critical path, we looked to improve this process by moving this function to a parallel routine. However we did not see any improvement. Our biggest gains with metrics came from updating the Dropsonde library. 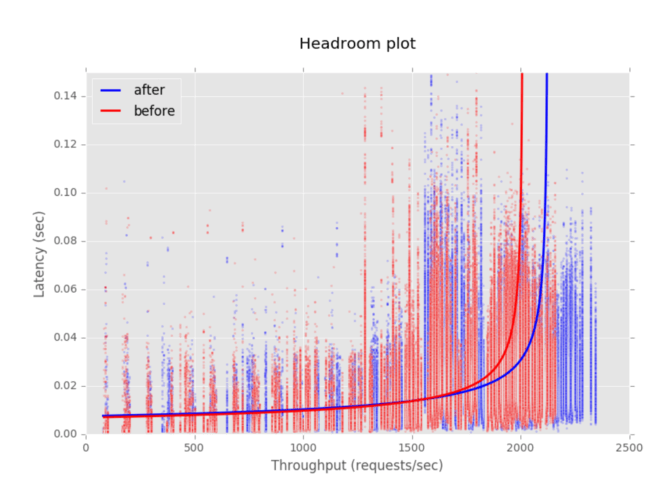 We’ve also identified that we can achieve some performance improvements through refactoring. We plan to use the middleware library Negroni for various parts of processing client requests. At this time, Gorouter is a monolithic structure and we would like to make it more modular to improve testability. This architecture will then allow engineers to understand the code better and streamline the development process. This change will also help expose more opportunities to apply performance optimizations using the patterns we have explored. We also hope this change will enable open source developers to contribute more easily. 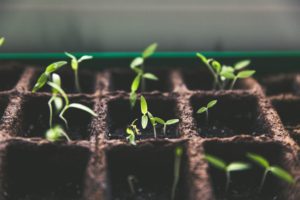